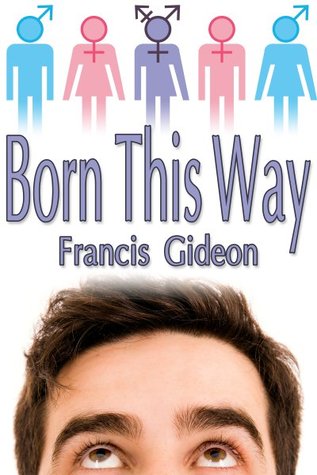 Jacob Matthews has gotten really sick of confessing his autobiography every time he meets someone new. Ever since coming out as a gay transgender man, Jacob feels as if no one really cares about who he is right now. Instead, they would much rather have access to his past and create another Lifetime movie out of it. The typical transgender narrative, Jacob notes, always ends in surgery or tragedy. It’s been two years since Jacob’s crossed the final marker to become who he is, and he’s running out of options of what to do next.

The only way that Jacob can overcome his own backstory is by blending in. Every Tuesday Night, he heads out to the local gay club called Boy Division and watches gay men from the sidelines. But when Jacob hooks up with a stranger who understands him with just a simple look, Jacob soon realizes that blending into the walls no longer satisfies him.

Jacob soon runs into his old friends at the LGBT community center, where he is forced to reconsider his life beyond rainbow colors and poppy disco beats. In group therapy, Jacob is confronted by the harsh realities of being transgender, hate crime violence, and the dwindling offers for his future. Just before Jacob leaves, his favorite doctor makes him a bet: if Jacob can find someone to connect to, then she will renew his testosterone prescription without question or qualm. She urges him to find some type of community, even if it’s not in the community center’s brightly painted walls.

Jacob takes the bet, figuring he has nothing to lose but his happy ending that may — or may not — really exist. He becomes determined to find the mystery man from the club again, even if it means blowing his cover.

This book takes queer and trans politics, and slaps them round the face.

Here’s the thing: I hate queer politics. The ‘community’ is problematic as all hell, and the infighting is ridiculous. The tendency to prioritise language above any other issue is rife, and the treatment of queer folks who fit into cishet society as traitors is far too prevalent. If you dare step out of line to the dominant narrative, you’re just as bad as the bigots. Frankly, we’ll turn on each other at any excuse—and usually, they are just excuses.

And this book knows it. This book isn’t afraid to take up a stance and stick to it. We are given a main character who has been living and breathing the trans community for a while now, and has drifted away from it, because he doesn’t fit.

Jacob is a trans guy who pretty much just wants to be a guy, and drop the trans. He doesn’t fit in at his group therapy anymore, because he doesn’t understand why language is their number one issue instead of…well, anything else. He doesn’t connect to other trans people anymore, because he doesn’t feel where that connection should be coming from. And he views transition in a very staged way: do X, get Y, end up at Z.

I read this book thinking ‘oh boy, the social media activists are gonna hate this.’ And you know what? I kind of hope they do. Because that’s who this book is pulling away from. It’s not giving us the trans guy who’s having flame wars on Facebook or Twitter because someone said trans* instead of trans. It’s giving us the trans guy who will have a one-night stand because why not, without flipping his shit someone liked him anyway.

It gave me a guy like me, and I can count on one hand the number of trans characters I’ve felt that total connection to.

The presentation is by no means perfect, but you know what? It’s not actually bad either. I’ve had doctors make deals in exchange for hormone access, pretty much every time I go for a new prescription. It’s standard practice in the UK not to give hormones until after significant real life experience in the role. Even the voice issue in the club—when I really thought about it, I know cis guys with voices higher than the average girl, and they’re not lacking in the T, if you know what I mean.

I did a thread recently about being trans without being a first year politics student about it. That’s this book. So if you are genuinely interested in another way to be trans, pick it up. But if you freak out because someone put trans* instead of trans, don’t bother.

Aw, this book. Let me start this review by saying that Jacob was a lovely character that I enjoyed spending time with immensely. He was fleshed out, three dimensional, he felt real. and to be honest, the first scenes in the club drew me right in and kept me there, turning the pages, even when the writing wasn’t 100% my thing at all times. There were some wordy parts, some a bit rambly, some stumbling a bit. But I barely noticed because I really liked Jacob right from the start – and his mystery man too. It did not hurt that their chemistry together was great and they were just… really hot together, no other words for it. And I enjoyed them getting closer sooo much. It just made me happy.

There are some queer politics and theory discussed in this book that I just know some readers really won’t like. Me? I found myself nodding along to a lot of things and ideas expressed. Maybe not all of them, but I did enjoy the differences of perspectives shown here. Nobody is a monolith, no marginalized person will ever speak for anybody other than themself and no two people will ever agree on everything – no matter if it’s philosophy, personal issues or queer theory. And it’s good to be reminded that that’s a good thing.

One thing in particular that made me happy and that I wish to see more often is a queer person not being out everywhere, at all times, in very situation – lenghty explanations and work place discrimination included – in order to be really happy. I know that is a view challenged and disliked by many, but I stand firm by it. You don’t have to be anything other than what you want to be to be happy. And if that includes staying in the closet at work, because you don’t want to be out there? Then that’s okay. Some people do choose this, and their happiness is not less, nor is it less “valid” because of it.

Overall, the story might have been a bit trope-y, maybe a bit cliché at times. But I really enjoyed it – putting aside the love interest maybe being a tiny bit too perfect. I still liked it a lot. Didn’t necessarily love – I would’ve needed a bit more substance to the characters aside from Jacob and conflict for that – but I was invested in the plot, I liked the characters and I had a lot of fun and happy feelings while reading.