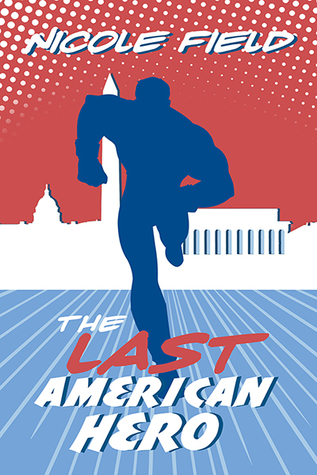 In the aftermath of the accident that revealed his identity, famous superhero Captain Hart has gone missing. His best friend Bruce waits anxiously for any sign of him, any clue as to where Leo Hart might have gone—even though he knows full well he’s not the only one looking, and that it might be best for Leo to stay gone.

Then Leo returns, and Bruce starts to wonder whether it will be the good thing he expected it to be.

The idea behind this book – a trans superhero and maybe the enemy being as shades of grey as humanity – is a good idea. But boy, does this book not pull it off.

Bruce is a judgemental, unlikeable arse. From his histrionics that oh my God, Leo killed people when saving the world (please, if you’re still a pacifist when other people are literally murdering you, you’re an idiot) to his constant judging of everything Leo said or did, Bruce was a dick. Guess who called all the shots about Leo’s transition, coming out, and presentation? Bruce. What the hell.

Though to be fair, that works both ways. Leo does all the ace talking, but Bruce is the ace character. Bruce makes all the trans calls, but Leo is the trans character. Neither ever take a stance on what they know is best for them, and probably because they don’t seem to actually know their own backstories. And neither seem to have ever even heard of their own communities. Asexuality is depicted flat-out wrong (“obviously” no kissing, my left nut) and you have to be a very, very new baby trans man to not know what top surgery is. Honestly? Despite all the page time telling me they’re trans and ace, I didn’t feel it. I don’t believe it. Cut all those bits out and I really don’t think you lose anything about these characters, because they’re flat and not fully fleshed out.

This is because this book never allows itself time to breathe. It starts with a huge clumsy info-dump, then smashed from plot point to plot point without ever once letting the dust settle. The characters aren’t allowed to feel, or process, or anything. It’s M Night Shyamalan levels of rushed. And it leaves us, similar to Shyamalan, with a huge epic set and nothing there to make us care about it.

Case in point, when Leo loses his male superhero body and becomes physically female again, this should be major meltdown territory. I cannot emphasise how hugely damaging this must be! This would be a torturing experience, and yet the book gives us a tiny cry, a cuddle and an ILU, and then it’s all made better because hey here’s some HRT and you can have surgery in two months. Like…you’re kidding me, right? You are actually kidding me?

This book skimmed so much that I just didn’t give a damn about its flat, unlikeable characters, its rushed wish-fulfilment ending that honestly felt insulting to what trans men have to go through, or its endless errors with its own subject matter.

Honestly? Great premise…but I’d wait for someone else to do it better.

Where to begin with this one? After finishing DREADNOUGHT, I was excited to stumble over LAST AMERICAN HERO. Trans superhero Leo getting outed and then dealing with the fallout while saving the day? I was intrigued to say the least, and the author was new to me, so I was warily excited (yes, that’s a thing).

It didn’t last long. Simply because a couple of pages in, Leo was “coded” as trans by having his cis best friend Bruce stumble over his dead name in his head. I hate it when authors do that. If the dead name has no impact or relevance to the story whatsoever and it is only included to code the MC as trans? Then that’s simply speaking, lazy writing, lack of skill and it’s also harmful as fuck.

I never really got it back. The writing was solid enough, the story told from Bruce’s POV. And whereas I might have been okay with that one POV in another book, it left a bad taste in my mouth here. Mostly because I despised Bruce. I do know that part of it are my own demons with men like him, but damn. You know, when someone tells you there’s this guy around who is just such a typical white cis dude bro? And you cringe, shudder and stop feeling all that safe and good? THAT. The way Bruce thought about Leo, judged and analyzed him had me shuddering with discomfort. He not only knew everything about Leo, he knew it all better. Nevermind he never had superpowers, wasn’t trans, didn’t have to save the world and make impossible decisions. He still knew better. He judged and criticized and babbled away about Leo, at Leo, over Leo’s head. It was gross and enraging. To be fair, Leo did not do much better when Bruce came out as ace. Plus, putting phrases like being asexual means ‘not being into sex’ and that kissing as an ace was ‘obviously out’? Someone needs to do more research and do better to be honest.

The thing is, both characters only had each other. There are no side characters, no real friends or family or even co-workers they have any kind of relationship with. Add this to the absolute inability of both men, but especially Bruce, to respect the other person’s agency, boundaries and wishes – or to even really hear them? I felt like they had never heard of the inviolability of autonomy and bodily integrity before. Or learned how to respect another person as an individual human being with the right to their own decisions and personal feelings! This was not romantic, it was the very beginning of abuse!

In addition, I was really more interested in Leo’s story – superhero, fighting aliens, fighting his own demons, struggling with coming out and being a target of press and the people. THAT was the story I wanted to read. I got none of it, except for the things Bruce filtered out. Never without judgment either. The book was completely and utterly focused on the cis MC, from plot twists to who had the ‘moral high ground’ to who ‘knows best’. It enraged me and made me feel uncomfortable and I didn’t enjoy any of it.

Conclusion: I really didn’t like it. Personally wouldn’t recommend.

One thought on “The Last American Hero by Nicole Field: 2/10 Stars”