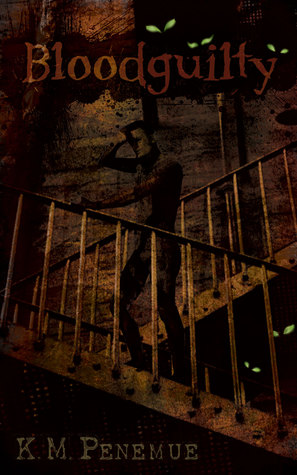 When Casimir reaches Brightgate, he isn’t sure what to expect from the City of Monsters, though he’s a monster himself. He definitely doesn’t anticipate being attacked mere moments after arriving—or that he’d be rescued by Mikki, the city’s rough-edged guardian angel.

He gets another unpleasant surprise in the form of ex-lover Jared, who instead of talking responds with violence, dead-set on exacting vengeance for the events that drove them apart. Given the way his visit is going, about the only thing Casimir is sure of is that the City of Monsters could very well be where he dies.

This is the kinda rep I like: clear, but coincidental.

The story is about…well, monsters. Vampires, fox demons, centaurs, yuki onnas, they’re all normal in this world, but still something to beware of. There’s not really any explanation of this, but I don’t really think we need one here because the focus is on Casimir.

That focus was both good and bad for me. We didn’t really get to know why he was there until it was almost over, which felt a little underdeveloped. And I’m not a fan of vampires at all. But on the other hand, he was a likeable character and I wanted to see what he was up to.

I liked the love interest, Mikki, as well. He was wary without falling into irritable asshole tropes, and he didn’t veer off into the heart of gold trope either. We found out a lot of his backstory without  an exposition dump, and okay the sex scene came a little bit out of nowhere for me, but it also didn’t shy away from who and what the characters were.

That’s what I carry away from the story, to be honest. Could it be more epic, yes. Was the climax a bit short and underdeveloped, yes. Was it almost a little too isolated from the world that had been created, maybe. But it was also such a great departure from the great trope truths. The hero has sex with someone other than the love interest, and graphically. There isn’t an instant attraction, or even one at all for a good while. One of them effectively doesn’t have sex in the conventional sense, and who cares. Butchered surgery happens and is not sexy. It’s very real and it’s not afraid to say it like too many books are. There’s vaginas and scars and bite me wrong and you’ll get a Molotov in the face. Which I super, super enjoyed.

Bloodguilty takes place in a town called Brightgate, part of a dystopian world where monsters have taken over, and humans seem to cower in guarded settlements, eking out a living as best they can in their new place on the food chain. As a fan of dark dystopian settings, I enjoyed the world the author built here. It had a unique sort of feel to it—even though our MC is a vampire, he isn’t a standard ‘catch on fire in the sun/amazing super-predator’ type of vampire, and the other monsters scattered throughout the story aren’t the run-of-the-mill demons and werewolves I’m so used to seeing in fiction, either. The whole story has a vaguely “futuristic dark western” feel that I found very cool.

The characters are likeable. Casimir is a vampire with a heart of gold, and Mikki is the prickly “guardian” of Brightgate. Mikki is the sort of guy who helps people even though he thinks they’re idiots, and he doesn’t trust easily. In other words, my favorite sort of character. I enjoyed seeing Casimir earn Mikki’s trust and the tentative relationship build between them. Casimir barely bats an eye when Mikki comes out to him, which is always nice to see.

The only major issue for me here was a plot hiccup where motivations got confusing and I wasn’t sure why, exactly, Casimir was doing what he was doing or why he was in this town to begin with. It wasn’t enough to ruin the story, but it did give me pause and make me wonder if I’d missed something somewhere.

I always enjoy seeing trans characters outside of contemporary settings, in stories that aren’t about *being* transgender, and this story fits the bill there. Overall, interesting and enjoyable if you’re into stories that lean towards “dark.”