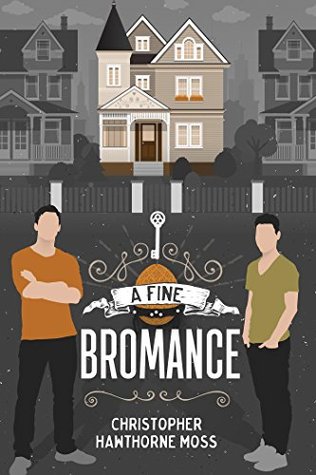 Robby is a senior in high school when he meets new student Andy. Robby’s never experienced sexual attraction, and while that doesn’t change, something about Andy makes him feel relaxed, and it turns out they have a lot in common. Neither of them fits in very well, and Robby soon learns through the school’s bullies that Andy is a transboy. Sticking together makes life better for both of them.

Then some of Robby’s Aunt Ivy’s jewelry turns up missing, and Robby and Andy must investigate to discover who’s to blame.

It’s the story of Robby, a cis kid, going back to school and meeting the new kid, Andy. Andy is a trans boy, and it gets round the school sharpish. Transphobia ensues. Despite the blurb and cover, the mystery with Robby’s grandma is barely there, the thief is obvious from the beginning, and it may as well not be there at all.

(Oh, and incidentally, I hated the nauseating hat-tip that was his grandma. She’s a gay romance author for Dreamspinner and therefore a super duper amazing ally. Because of course she is. I nearly rolled my eyes right out of my head.)

I don’t really know where to start, to be honest. This book was a mess and every time I’ve tried reviewing this, it turns into a mirror mess. So I’m going to resort to just listing my notes, and taking out all the incredulous question marks.

Nobody talks like real people. Sorry, but dialogue like “Wow are you ever enlightened!” is surely the incredibly sarcastic remark you give to a co-worker after he figures out the USA is in North America?

The usual magically early transition happened again. Andy was somehow a teenager in high school, but on T long enough to have facial hair and a full voice drop. His introduction is excruciatingly awkward, just a huge infodump with his backstory in one go—I’m honestly surprised I don’t know his inside leg measurement at this point.

A magical ally happened too. Robby jumped from so clueless that Andy could have stripped naked and Robby wouldn’t have worked out he was transgender, to suddenly being ‘ever enlightened’ and giving us the little internal monologue about gender being in your head and that’s what matters, not biological sex, blah blah blah.

The cis kid saved the trans kid again. I’m so bored of this dynamic. Like none of us know how to throw a punch.

The cis kid was a crap ally. Robby gets on Andy’s case about letting people get away with their slurs then thinks, “Ah, to hell with her,” after his sister comes out with a long, awful transphobic tirade. And he does this multiple times. There’s a lot of transphobic language thrown around when Robby is there—because of course he’s there, it’s his POV—and he doesn’t do or say anything at all. This is a bad ally right here. Way to put the entire onus for defeating transphobia on the kid who’s being tied naked to flagpoles by his classmates, bro.

Trans kid gets attacked and it’s fine. Now, to be clear, the actual incident is vilified as it rightly should be. But afterwards, Andy is one hundred percent fine. The aftermath is ridiculously glossed over, followed by some quiz competition thing that honestly, I don’t give two shits about. The trans kid was kidnapped, forcibly stripped, and tied to a flagpole naked by his classmates. I don’t care if he can recite the US presidents in order of their dick sizes, there has to be some impact here! You don’t just walk away from that kind of an incident with a day off school and a, “Yeah, I’m fine.”

Basically this was just…unenjoyable. I really didn’t like it, the messes just kept piling up on each other until I hated having to re-open the file and continue, and I would absolutely not recommend bothering.

(PS: sorry for jumping tenses about eighty times in this review…)

This was a quick and easy read, but I’m afraid there are not many more positive things I can say about it. It could be that I’m no longer the intended age target of this book, though I usually enjoy YA.

There were some things I did like: the characters and the idea of the book were nice; but the things I didn’t like overpowered those I did.

Robby is an 18 year old and believes there’s something wrong about him because he can’t get aroused. He can manage an erection masturbating and bring himself to orgasm, but he doesn’t think about anyone while doing it, and it doesn’t rock his world. So he decides to investigate: maybe he’s gay? He goes to a shop, and really embarrassed buys a gay magazine, though it doesn’t do anything for him either. He talks to his priest and his school counselor, who tells him that maybe he’s just a late bloomer. And I wonder: in 2016, why would a teenage boy risk embarrassment and talk to a priest when he can easily access the internet? That was the first thing that didn’t make sense for me, it just wasn’t believable.

Then there’s Andy, a transgender boy that changes schools on his last year hoping to pass on this one. But almost everyone know he’s transgender and some people start bullying him for it So there’s a lot of misgendering going on here, both by bullies and by people who are just trying to understand because they had no previous knowledge about transgenderism. But what bothered me is that almost no one faced any consequences for it. Robby’s sister keeps calling Andy a girl, and while Robby gets angry, she just keep doing it freely until the end of the book. There was also an attack that got the police involved, and the fact that one of the attackers fled to South America made me roll my eyes really hard.

So we have a trans character that’s being bullied, misgendered, attacked… and no one faces any consequences for it. I have to be honest, that makes me angry.

On top of that, I feel that I could have liked Any and Robby relationship, but I didn’t see any real development there, and the “I-love-you-s” fell flat for me. And there’s also the fact that Andy explaining issues to Robby felt too much like a textbook sometimes, he didn’t get frustrated, and explained everything really calmly, that was a bit unreal for me, though I guess some people could manage it.

And lastly: the mystery of Aunt Ivy’s missing trinkets. I think that the book could have done without it, and it was quite predictable for me. I could easily guess who was the culprit by the first time they appeared in scene.

All in all, a book with an interesting premise – the mystery and the relationship – that could have gone way better in its development.