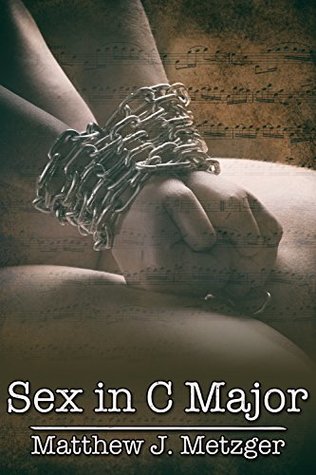 He knows chasing those fantasies is only going to end in disaster, but he can’t seem to stop his self-destructive spiral. He’s a transgender man struggling to come to terms with the intersection of his identity and his sexual fantasies as a submissive. He needs someone to take control before he loses it completely.

Daz can take control. He can teach Stefan everything there is to know about sex and submission, but for some reason, he can’t get inside Stefan’s head. Daz can stop Stefan’s self-destruction but not the fear that fuels it.

Stefan needs to know who he is before he can accept what he is. And it’s Yannis — Daz’s aromantic, asexual, stern, and sarcastic partner — who has the answer.

Please note: the author is one of the TBR team. However he has not had sight or knowledge of these reviews prior to this post going live, and has not influenced or tried to influence the reviewers in any way.

This book is intense, and brutal, and beautiful.

It’s definitely not for everyone. Stefan, our trans MC, likes rough (REALLY rough, violent, kind of terrifying) sex. He needs it. He craves it. And he gets it. He gets it A LOT. So if that’s an instant turn-off for you, then don’t say I didn’t warn you.

If you are willing to push your comfort zone a little (or if that IS your comfort zone), I highly recommend this book. It’s not just about kinky sex. It’s about being human. It’s about being a mess and finding what puts you back together (which, in this case, happens to be kinky sex). You can feel Stefan’s turmoil, and even if you don’t identify with his kinks, you can identify with *him*. He’s struggling with his identity, with accepting his body and his feelings and with liking the things he likes. He wants to be wanted, he wants to belong, but he feels, for endless reasons, that he isn’t and doesn’t. Then Daz comes along. Dominant, controlling Daz, and his aro/ace boyfriend Yannis… and they both, in their own ways, help Stefan put himself back together again.

When Daz isn’t playing the Master role, he is downright adorable. It made me so happy to see the scary Master turn out to be a teasing, laid back goofball. The brilliant little glimpses of cuteness and humor between Daz and Yannis, and the unquestioning acceptance both men show Stefan–for his sexual preferences, for his trans identity, for everything he’s been through–were sprinkled throughout often enough to keep me from feeling overwhelmed by the brutal sex scenes.

Speaking of those sex scenes… It’s important to mention that although the sex is aggressive, there’s never a question whether Stefan’s consenting to it. It is made abundantly clear that he wants it, he needs it, he enjoys it, and it helps him feel better about himself. He always has a safeword. Daz respects his boundaries and cares for him as a person.

Another point of praise: There is a conversation explaining asexuality and aromanticism, but it feels natural. It was enlightening without feeling like the author was lecturing through his characters. There is also discussion of dysphoria multiple times and the same can be said for that–enlightening, but felt natural.

Anyway. Read this book. That’s all that’s left to say.

Reviewing erotica is extremely difficult if you want to maintain any veneer of professional credibility because quite frequently the success or failure of a book depends entirely on whether the sexy bits of the story touch the sexy bits of your brain correctly, rather than anything to do with the plot, characters or style. I also struggle when reviewing erotica for the same reason that erotica and erotic romance are divided into separate genres; quite frequently I find that the characters in erotica frequently have no emotional underpinning to their actions beyond animal lust. Worse yet, the sexual elements of the story often have little or nothing to do with the driving plot.

With all of that said; none of those problems were present in Sex in C Major.

The central tension in the story is between our hero Stefan’s sexual fantasies and the societal expectations that are placed on men. These problems are exacerbated by the fact that Stefan is aromantic, with no interest in “normal” relationships and that he is a trans man; so the requirement that he perform masculinity perfectly is that much higher.

Stefan has been rejected by everyone important in his life at the start of the book, he has no support network and his life has spiralled entirely out of control. It seems clear from the outset that he doesn’t just need someone to control him for his sexual satisfaction, but also because without some balancing external force his internal turmoil is going to consume him and drive him to self-destruction.

It was only when he hit his lowest point near the end of the second act that I realised how thoroughly this book had me emotionally invested. I ended up unable to sleep until I picked the book back up and pushed on until Stefan was rescued from himself again.

When Stefan’s internal conflict was finally resolved, it was intensely satisfying. Particularly because that was not the immediate end of the book. Rather than simply allowing him to live on in his new-found relationship, the story continues, letting us see how he is supported and flourishes within its confines. The final revelation of the book isn’t when Stefan is pushed by his master to improve himself, or even when Yannis, his master’s boyfriend, helps to unlock all of his emotional problems and set him on the path to transition. It is when he has been given all of the tools that he needs to survive on his own, equipped with a new state of emotional stability, and still chooses to remain in the relationship that has helped him to get there.

My sole complaint about the book is that Yannis’ research subplot is never developed beyond a couple of slightly bizarre experiment sequences that I really thought were going to feed into some sort of climax at the end of the story, similarly I was expecting Stefan’s musical talent to feature more heavily in the story, given how heavily it was referenced in the beginning.