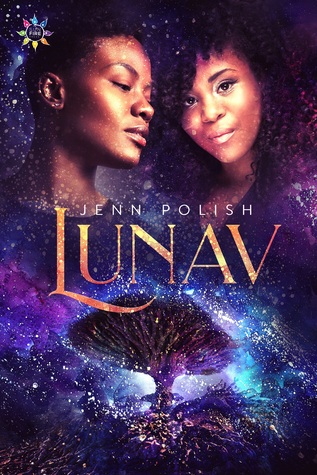 They don’t have dragons where half-faerie Sadie was born – not living ones, anyway – but in the Grove, everyone knows that dragon eggs grow on trees like leaves and need Dreams to hatch. Without faerie Dreams, the dragons won’t survive. And neither will anyone else.

Brash, boyish sixteen-year-old Sadie thinks she can stop the worst from happening, but as a half-human, she looks far too much like the enemy. So she’s been using her looks to spy on the human monarchy. But spying is a risky business: it, like Dreaming, is punishable by death. Slow death. Still, Sadie thought she was a pro. Until they sent a new human magistrate to the Grove. Evelyn.

Evelyn might be the most beautiful girl Sadie’s ever seen, and Sadie might be betraying her family by falling in love with the ruthless leader who locks them up. But that’s not even the biggest obstacle between the two: Evelyn is leading the charge against Dreaming, and there’s something she doesn’t know.

This type of story isn’t my thing at all, and yet I loved it.

I’m coming to trust this author’s work when it comes to trying out new types of story. This isn’t a copy/paste job of all the fairy stories we’ve seen before. There are differences in this portrayal to others, there are rules I’ve not seen before, there is fresh imagination instead of recycled lore. Dragons don’t come from eggs, but bulbs hanging from trees (not too dissimilar to a butterfly chrysalis). Trees have souls and can speak to fairies. Even the aspect of oppression and rebellion isn’t the usual boring recycled dystopia that’s everywhere right now: there is a reason behind what’s going on, not mere cruelty. There are shades of grey, and a maturity to the worldbuilding that was so refreshing.

Gender is treated very much as a simple thing sunk into the worldbuilding too. It’s never really explained, but there is enough given away in the narrative that you can work it out. At some point, everyone “chooses” their gender. (Okay yes, I wasn’t comfortable with that word choice.) But at birth, the neopronoun que (or quer) is applied to everyone. Some characters stick with it into adulthood, others drop it for he or her and identify with a binary gender. And this applies, it seems, to all beings that are sentient. One of the dragons is she, but a rabbit is que. It was a unique approach, and smoothly sunk into the story.

Ultimately, I don’t think any of our protagonists are actually trans or non-binary themselves—they all use binary pronouns, Sadie is referred to as a daughter, and so on—but the way gender is applied throughout means I don’t know, and I would still personally count this book as one with a positive portrayal of being non-binary, and a system in which it works.

Have you ever read a book that reminded you of the reason you love reading? That’s what Lunav did for me. It’d been a very long time since I last read a fantasy I loved, and this book reminded me why I love the genre so much.
I’ll confess that when I started reading I felt a bit lost at first. I’d been thrown into a different world I knew nothing about, and it took me a few pages to get used to it. And nevertheless, I loved that experience. It was completely immersive, and I loved discovering the world of Lunav while I read, putting together the Little tidbits the characters gave me.
However, I’d recommend reading the glossary – which is at the back – before you start reading this book, since I believe that knowing what some of the words and concepts mean will help the reader be even more deeply immersed in the book. I didn’t know the glossary was there (I’m not going to lie, I think it should be at the beginning in ebook editions), and I could still work out was those concepts meant, but having known them beforehand would have enhanced my reading experience.

Jenn Polish has created an amazing world in Lunav, with fairies, centaurs and dragons. It’s a world I loved getting lost in, and that I would love to revisit. In fact, Lunav was one of those books that made me go to Twitter as soon as I’d finished reading it, to beg the autor for a sequel. Good news, though, Jenn’s working on one, and I can’t wait!

And I realise I haven’t told you anything about the actual book. I just don’t know how to talk about it without spoling it for future readers, and I want everyone to discover this world just like I did, by being thrown into it, by appearing in the middle of this world between fairies, centaurs and dragons, and by getting to know them slowly, just like I believe the author intended.

What I can tell you is that I believe this to be one of the best worldbuildings I’ve read in a long time, that the characters are memorable and very easy to empathise with, and that the story is engaging and will leave you wanting more.

So go and pick up this book, I promise you won’t regret it!