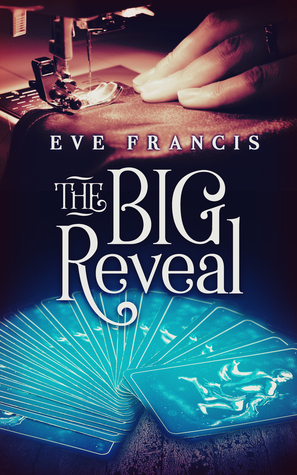 Samus Mallory believes the right kind of fantasy can change someone’s life. Which is why she started to teach fantasy literature at her university, and why Jackie Vasquez, a cute cosplayer who always cross-plays, catches her eye.

As the two connect over their favourite novels and a cyberpunk game called Hack The Planet, Samus thinks she’s found the perfect person to be herself around—until their busy schedules and Jackie’s upcoming graduation ceremony puts a strain on their relationship, and Samus fears she’s to blame.

But as Jackie spends more and more hours on a new cosplay, she starts to realize that her fantasy life—and future—might not be what she and everyone else has always envisioned.

This is a short, sweet romance between Samus, a literature lecturer, and soon-to-be math graduate Jack.

I literally cannot write this review without spoilers, by the way, but honestly it’s not a big twist. You know what’s coming.

Parts of the rep were excellent—multiple trans characters, the room for questioning one’s identity instead of just knowing, discovery in adulthood, even some of the little physical things like the change in temperature perception after hormone therapy…there were some really great natural elements. And for once, I got to read a trans book centring a female character without diving off into the pit of “let’s make everything masculine evil!” that far too many trans books do. The sex scenes were also quite natural instead of the extremely heterosexual paint by numbers type we often get in trans fiction. It felt organic and individual instead of something learned from a few tumblr posts in a single afternoon. I didn’t realise how much I was missing that easy realism until I was reading it.

It wasn’t all perfect (a lot of the dialogue was really awkward and unnatural, and we still have the forced “infodump on the love interest!” scene which has me rolling my eyes every time). But it was nicely offset by the good stuff, so I could skip past it easily enough. The editor has been distractingly slack, which is a real shame on what is otherwise a really neat little book.

The plot is not mind blowing, but the gamer geekery is at a good level where I could follow along without being bored (that side of nerd life has sadly completely passed me by!) but I could also see my gamer friends being super into. The characters are sweet, although Samus was a little wooden towards the end, and the pace is relaxing, gentle, and neatly angst-free without being pandering.

All in all this was a pleasant little read and if you like board games, cosplay, and fantasy literature, it’s probably going to appeal. Give it a go!

The Big Reveal by Eve Francis was a short and sweet dual perspective romance with a couple of minor twists and turns. The story was straightforward enough, with two nerdy little nerds meeting up, falling in love and working through their issues before achieving their happy ever after.

I found the story a little on the predictable side, with the only surprising element being a bout of unexpected cat-sitting. It is possible that I may have just read one too many coming out stories, or that I am slightly too familiar with the journey that many trans people go through, and the stops along the way. It did not lack realism in that regard, and I am never going to fault a book for being true to the people it is about, but it may have benefitted from an additional plot thread to shake things up a little.

The “geek culture” segments of this book were well researched and familiar, although it was integrated into the story in a referential rather than organic manner, with interests and titles being listed off, almost as though the author was trying to establish the character’s credentials. This eased as the story continued, and in the back half of the book it had vanished entirely, but it was a little off-putting.

The repeated focus on the tarot throughout the book also felt a little forced, the theme of cards made sense, but the inclusion of some other card-based elements might have made that over-reliance less obvious.

Both main and supporting characters were likeable but that general likeability left us with very little interpersonal conflict, leaving the full burden of the drama in the book to be carried by scheduling conflicts – which are never terribly dramatic – and internal conflict, very little of which manages to make it to the page.

Style-wise, the dialogue was ever so slightly clunky, but not so far from the way that awkward people really speak that it became distracting, and nothing that a pass by an editor could not have fixed.

It was only after finishing this book that I realised that it had been released by a publisher, rather than being self-published, and this was the source of some confusion. The book was perfectly well edited for something with no oversight, but there were many errors that proofreading should have remedied, and a few rough edges that an editing pass would have smoothed.

There was nothing dramatically wrong with this book, and it did the majority of the things that I would expect from a romance of this sort perfectly well. But if the best thing that I can say about a book is that it does what it is meant to, then I may be damning it with faint praise.