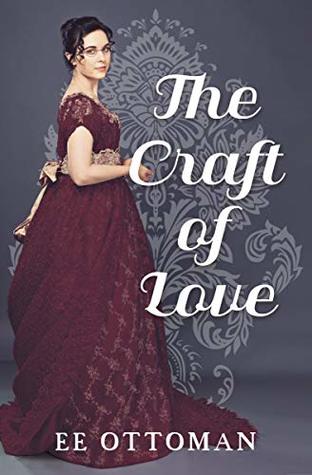 Benjamin Lewis has created a life for himself as one of the most respected silversmiths and engravers in New York City. For Benjamin, his work is his passion and he has never sought out companionship beyond the close ties of family. Stumbling across dresses sew by his late mother, however, reawakens painful memories from his past. Now he is determined to forge something beautiful from the remains of the life and identity he left behind. In the process, he discovers stunning and fiercely intelligent Miss Quincy who might just have the power to tempt him out of his quiet isolation.

Remembrance Quincy’s talent is as undeniable as her needlework is exquisite. She has made a name for herself crafting quilts and embroidery pieces for all the wealthiest ladies in the city. When soft-spoken, yet charming, Mr. Lewis comes to her with a particular project in mind she is intrigued both by his artistic design and by the man himself. He treats her like an equal, values her work and makes her smile, but Remembrance already gave her heart away once, now can she risk doing it again?

It is no secret whatsoever how much I love Ottoman’s work, and this one is no exception.

A simple love story between a silversmith and a quiltmaker in 1800s New York, this story is simultaneously utterly enchanting, and beautifully plain. The balance struck between the deeply personal feelings affecting both Benjamin and Remembrance, and the wider events spurred by the setting and time, was marvellously done. Never did one overshadow the other—the romance and its players had plenty of time to develop and allow me to fall for them, but they were never isolated from their setting as they might have been under a less skilled author’s hand.

I am not normally too fond of modern sensibilities in my historic fiction (I would actually be very interested to see a book with heroes that have product-of-the-time beliefs but remain heroes) but the seamless weaving of those issues and opinions, without straying too far into an authorial lecture, kept my reluctance firmly at bay. Now I’m more than a little convinced that Ottoman could persuade me to try anything once, usual preferences be damned! And it is plain that the research was done without again beating it into my head. Instead it was sewn gracefully into the fabric of the book, from the heating brick for the bed to the maker’s marks on silverware.

If I have any complaint whatsoever, it’s that I really don’t care what someone is wearing! But many do, and the descriptions of clothing and how they were made—while quickly becoming a little boring for me personally—were just as beautifully written as the rest of the book.

If a simple love story amongst the muddy streets and smithies of 1800s New York sounds appealing to you, then this is definitely a book you need to read.

If I had to describe this book in just a word, it would be lovely. That’s exactly what this book was, a very lovely tale of friendship and romance.
I love EE Ottoman’s writing, it always makes me feel as if I’m watching the story develop from within the book, instead of through a screen, and this book was no exception to that.
The descriptions of the craft – both quiltmaking and silversmithing – were detailed but never boring. They just added to the story, instead of being a weird infodump about the era or the crafts themselves. I could watch them working in my head.
I love the way Ottoman does representation, in a casual way that’s part of who the characters are, but it’s not front and center to the story. This is, after all, a love story between two characters who see each other as equals and colleagues. I love how there’s no angst about Benjamin being trans, and especially how there’s not a forced coming out scene, since Remembrance knows about it from the beginning and loves him for who he is.
So the relationship between the two of them is lovely, going from friendship to romance. The only downside for me is that I would have liked to see more of it. More development, more romance, more talks. I missed a few of those. Still, it gets four well deserved stars from me.