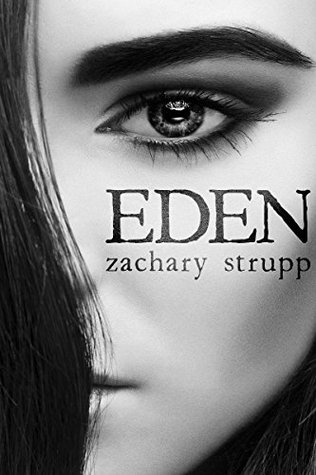 Jonah Collins is a man who has lost it all. Drug addiction and romantic indiscretion have cost him his marriage and his reputation. Once the world’s most famous artist, the media has turned their backs on him.

When one last gallery offers him a chance at a comeback, Jonah is unable to find the drive to complete his work.

Then he meets Eve, a beautiful stranger who harbors a secret. Their passionate affair inspires Jonah to new heights, but secrets have a cost.

As events escalate and time runs out, Eve has to decide if telling Jonah the truth will bring them together or push them apart.

Honestly, I’m not entirely sure what I just read.

The plot is (I think) that Eve, a trans woman working at a nightclub, is saved from an attempted gang-rape by ridiculously famous drug-addict/sculptor Jonah. He is infatuated with her, and she immediately moves in, helps him get clean, and becomes his muse and girlfriend. He then recovers his celebrity but hates it, and fakes his own death after his ex-wife shoots him.

Honestly, this book reads like the first draft of a daytime TV sitcom, or a very long fanfiction on LiveJournal. The writing isn’t well developed, the characters are very difficult to age thanks to the awkward dialogue, their actions often don’t make sense, and their backstories even less so. It’s just not remotely credible. I didn’t believe any of it, and that doesn’t make for enjoyable storytelling.

Moreover, the book gives some skeevy vibes about the way women are portrayed. I lost count of how many boob references there are. Women are often referred to as “vaginas.” There’s some very questionable lines like, “It is a well known fact that women have a natural, maternal instinct that leads them to want to fix broken men.” Or,
“Eve couldn’t decide what was worse, being raped, or not being raped because of how detestable she was.”

And there were multiple graphic descriptions of rape and sexual assault that were just totally unnecessary. If you need Jonah to save Eve in the beginning, why not have her mugged? Or just trip on the fire escape and bash her head? Is an attempted gang rape even remotely necessary?

To be honest, this was just a messy book that was in serious need of a good editor to pull together the more promising parts into a plausible story, and rip out the parts that dragged it down.

TW: rape
And I can’t believe I’m having to write this warning again. Three out of three books, THREE. Fucking hell.
But I’ll come to that in a second. First, I’m going to be painfully honest and talk a bit about the writing in this book. This felt like a first draft, and not a good one. The writing was juvenile, full of “Eve did this and then she did that”, “Jonah looked there and went somewhere”, with some bits of dialogue strewn within. Between that, the sudden changes in point of view and the clunky dialogue… It wasn’t a pleasant reading experience.
The characters were poorly developed, and their relationships didn’t make any sense. This also felt much like “love as a cure” for my tastes. Jonah gets clean – in like three weeks – because Eve promises that if he does she’ll pose for him. And then Eve gets over all of her trauma because Jonah cuddles her at night. What.The.Hell.
Now, as for Eve’s trauma. I was so close to throwing my kindle through the window. Do you know how Eve is outed to the reader? (And this is where the TW applies). Three guys try to rape her. Which quickly becomes a beating instead when they find out she has a penis. Outing trans characters in the “show them naked” way is bad enough, but this? What the fuck was this writer thinking? What the fuck was he thinking when later he has Eve think that she doesn’t know what’s worse, being raoed or not being raped because she’s “disgusting”? Cis writers, can we not? I’m aghast and I don’t know how people can’t see how problematic that is. Think about what you’re telling your trans readers. Think about the trans readers who’re reading your book trying to escape reality, and think about them running into this set up from the get go. If you ever find yourself writing a scene like this into a manuscript, do us all a favour and walk away, walk away and burn that manuscript.
Eve has a few nightmares after this, which is completely understandable, and then “poof!” They’re suddenly gone after she spends like three days living in Jonah’s house. At that point that just felt like adding insult to injury, like the trans character needed something traumatic to happen to them the cis guy could save them from, and what’s more traumatic than rape, right? I’m so fucking tired.
Also, Eve gets outed two more times when people see her naked, and them fucking Jonah puts her to everyone and their mothers by making an sculpture of her naked the centerpiece of his exhibition. Could we stop outing people without their permission? Do you think we could give trans characters the agency to come out – or not come out – when they feel safe to do so? I don’t know, it’s just a suggestion.
There were more problems in this book: like the slut shaming, the evil ex wife, and the ending, which was overdone and unbelievable in every way. Trans characters definitely deserve better than this.
So yeah, stay away from this book.