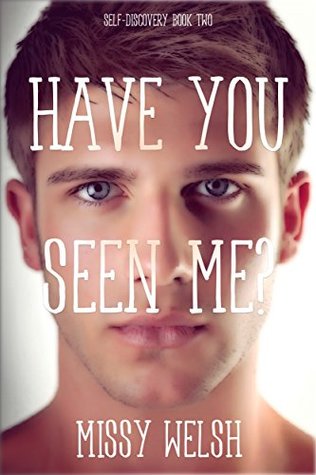 Wylie Jones is perfectly okay with who he is now that he’s transitioning, but he’s never had a guy stick around long enough to become a boyfriend. When things at home get even worse than they’ve been, he’s ready and willing for a road trip with Grant, regardless of the reason.

Grant Faraday thinks Wylie could be the guy for him. When Grant’s mother passes away just before Christmas and leaves him with the mysterious task of accessing the contents of a safety deposit box in a distant town, Wylie’s the only one Grant wants with him for the trip.

​Some secrets are easy for them to accept, but can their brand new relationship survive as past and present collide?

I didn’t enjoy this.
This book is a couple of college students meet at a party. One is a cis bi guy, the other a gay trans dude. They go back to their respective homes, and we run straight into one of my most hated queer fiction tropes.
Wylie’s mom is a mess of seriously awful transphobia, but no-no-no, we must be kind and patient and forgive her. We must wait! She loves him really! (Despite constant misgendering, deadnaming, and generally being a horribly mentally and emotionally abusive bitch.)
No, okay? Fucking no. Stop telling queer and trans people they have to put up with this. Stop telling them to feel lucky if only one parent hates them. Stop telling them they should cater to this crap! You know what would have been a good story? Wylie saying fuck that noise, call me when you‘re dead, walking out, and never regretting a thing. This trope? This pins us into abusive relationships and households, and blames us for being cruel and heartless if we try to leave. If I never read this again, it’ll be too soon.
So. From that awful plot point, we jump to Grant’s mom dying and him asking Wylie to come with him to her safety deposit box. He doesn’t really grieve much, and it’s kinda weird that he asks the guy he’s met once, but okay, sure, Christmas romance or whatever.
Thing is, what he finds isn’t novella material. It’s huge and earth shattering and it just feels really kind of flat to force into this short, pretty unemotional solution. I won’t spoil it for you but…yeah, I’d rather a proper novel about this. Preferably about a foot thick.
Now to the book’s credit, it does stick to its guns on bisexuality. Which I did like, it didn’t play a straight/gay binary, it stuck to it and that was good.
But the male/female binary was…clumsy. And for me, largely because there was way too much telling and not showing.
Here’s the thing, guys: if you want to show a character is okay with sucking off a non-op trans guy, the best way is…he sucks him off and they both like it. Lectures from the cis dude mid-sucking are patronising, awkward, and self-defeating. If Grant genuinely thinks Wylie being trans is fine, why does he keep telling himself that? The lady doth protest too much, you know?
In short, the plot didn’t interest me, the reconciliation arc with his horribly transphobic mother was gross, and while there were some good elements in the sex scenes, there were also way too many preachy moments where I was just being reminded that I Must Be Open Minded About Trans People #LoveIsLove.

I don’t really know where to start with this one. I can say one thing for sure: I didn’t like it.
From the beginning, everything happened too fast. The two characters hooked up once and they were already thinking about a relationship. I can buy insta-attaction (and even insta-love) when it’s done well, but these two honestly made me want to vomit glitter.
I have to give it to this book, though, I was expecting it to go the “look how awesome this cis dude is that he has no problem being with a trans guy” and it didn’t. So at least that’s a point in its favour.
But other than that, there wasn’t anything keeping me interested in this book. A lot of it were sex scenes, with the characters not connecting in any other way, until suddenly they discover something BIG about one of them. And while going through this big, life changing thing he insists that he needs the other character, who he’s known for a month, by his side. And I could have believed that if they’d actually connected before, fast and intense relationships do exist, but there two hadn’t, and I couldn’t buy it for them.
And honestly? I’m a bit over the “evil parent who doesn’t accept me” trope. I know it happens, and it’s terrible, but we see it so much in fiction, especially with trans characters, that has lost all significance. Things got sorted out in the end for this character, but I can’t help but think it was too easy, too much of a Hallmark movie moment, and it made me roll my eyes.

So yeah, this is another book I wouldn’t recommend.