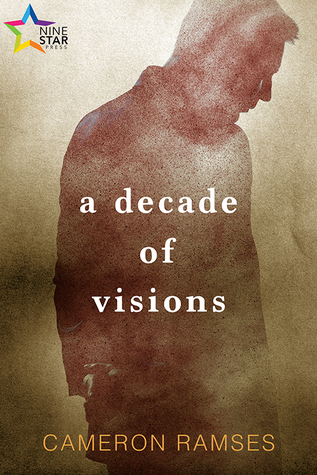 Born to a single mother in Dust Bowl-era Nebraska, Roy Manger learns to deny his true self from an early age. The rural Midwest is no place for a boy who wears girls’ clothes for fun—let alone for one who suffers gruesome hallucinations. It is only when he leaves home that he can embrace his true identity, spending his days as Roy and his nights as Raina, working as an escort in a ritzy Chicago bordello. But after a run-in with the law, Roy is torn between extremes: to live as a man or as a woman; to ignore his grief or struggle to accept it; to suppress his visions or seek to understand them. With the support of Woodrow, a convict with a murky past, Roy will have to come to terms with the fact that, in life, all of the greatest joys must come from within—and the greatest dangers, too.

I will preface my five star gushing with one simple fact. This book is a long read that feels like classical American literature. And if that’s not something you enjoy, this definitely won’t change your mind.

But if you do?

A Decade of Visions is set in the 1930s across the American Midwest, and focuses on Roy (or Raina), a gender non-conforming person who probably suffers from schizophrenia. After being arrested in Chicago for prostitution, he meets Woodrow, a young black man constantly running away from the law. I won’t go into all the ins and outs of this as it’s definitely better if you discover it for yourself but I will say this: you’ll guess some things a mile away, but others will hit you like a freight train.

The way that detail and history is teased out in this novel is nothing short of masterful. It’s a gorgeous reading experience. There are things about both Roy and Woodrow we don’t find out until the end, yet it never lacking before their reveal and never feels shoehorned into place to wrap it up either. The story is both realistically grim but also hopeful, even optimistic, at times. There is a real sensation that while life was hard—and still very much is for both gay black men and trans people—in America, it doesn’t mean every single facet of the story has to be a dark, horrible torture session. There were glimmers of humour, of cheerful survival, moments when both characters were allowed to be happy or mad or sad or apathetic as they wanted to be.

The writing is wonderful too. It feels like classical American literature. The pacing isn’t perfect (there’s a long drag in the middle, for example) but the way everything is described is unique, the way characters turn things over is wonderfully realised, and the way small things were used and built up to create atmosphere was magnificent.

And there was very little in the way of lecturing. Queer fiction has a problem with preaching to the choir sometimes—because we’re invested (we hope!) in queer rights, we tend to get up on our soapboxes. But the soapbox was put away for this, and it made everything so much more powerful for it. Both Woodrow and Roy had ignorances and prejudices about each other, but neither were bad people because of it and they learned organically and simply. The bad aspects of life were shown without descending into torture porn or depressing diatribes, and the good aspects of both were used quietly to prove the underlying message. (And, my god, I was so thrilled with a story that showed a mentally ill trans character without ever conflating the illness to the gender!)

It is hard to know how to refer to Roy. Because he doesn’t think or speak the way we do now, and he is largely unaware of a wider trans community around him, the language we default to in projecting a character’s identity isn’t there. Roy tends to think of Raina as someone separate from himself, but never quite in that eerie disassociative manner. The nearest the story gets to pinning it down is actually a lean towards nonbinary or even an agender identity, with Roy saying at one point he is neither a boy nor a girl. It’s never fully clear—but I loved that it wasn’t, too. It was plain that Roy wasn’t a cisgender man, but beyond that it never felt quite necessary to completely lay it out for us. And I really enjoyed that!

All in all, this is a long and usually quite sombre book and as I said, if American literature isn’t your thing then this might not work for you—but it definitely worked for me!

I’m not going to lie to you; I have no idea how to review this book. I just don’t know what to say. I’m pretty sure the main issue here is that I wasn’t this book’s person. It wasn’t for me, and that’s alright.

I struggled with it from the beginning, and my progress with reading it was a very slow progress. And it wasn’t the writing, it wasn’t really the book, it was me not connecting with anything in it. I finished reading it yesterday and I don’t think I would be able to tell you what it is about. I really didn’t like it, but the thing is, I didn’t actually dislike it either. I can’t pinpoint anything I didn’t like, anything that made me dislike the book or the characters. Like I said, I just didn’t connect.

I didn’t get to know any of the characters, didn’t understand why there were doing anything they were doing, didn’t see any growth in them. And when that happens, I might as well give up on the book because it’s definitely not for me. I’m a very character driven reader, I need to be able to empathise with the characters and live the story at the same time they do, and that didn’t happen here.

What I did like was how Roy being genderqueer wasn’t an issue, and the effortless way the text moved between he and she pronouns depending on whether he was Roy or she was Raina. I can’t make judgements on the rep, but it did read genuine to me, and I liked that aspect of the story and that this book wasn’t about the main character being genderqueer, but just happened to have a main character who was genderqueer.

All in all, this was a very “meh” read for me. But it is my issue, and I’m sure some of you would enjoy this book, so give it a chance despite my rating!