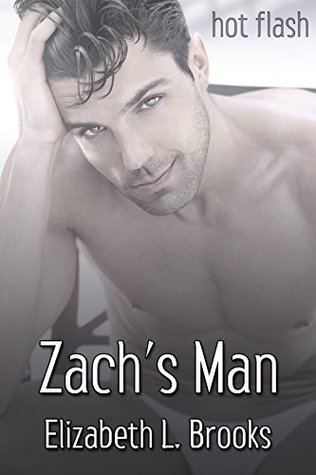 I am a gay man, not a straight woman, no matter what parts my body has, no matter how hard it is for my family to understand. I’m luckier than many in my position. My family may not understand, but they are only confused, not hateful.

And I have Zach, who knows who and what I am, who sees the real me.

This is a super short (seriously, 9 pages) scene about a nameless trans guy, who for lack of a name I will call Narrator in my review, and his boyfriend, Zach.

Narrator is out, sure of who he is, and about to start medical transition. Which he refers to as “the medicals.” It made for an odd phrasing as I’ve never heard anybody say that before, but whatever, it’s clear what he means and a word is a word, right?

Anyway, Narrator flies to see Zach, they rush home, and have sex. Now it was nice to see a gay couple where the trans guy is topping. That was a really refreshing change to the usual way round, and I thoroughly enjoyed that aspect.

But then the whole orgasm aspect was just described oddly, and I don’t know if it’s that the meaning isn’t conveyed very well or if the research wasn’t pulled off. There’s a moment where his clit and his cock are described as two different things, but it’s clear he’s not referring to the strap on. And that was very confusing. His cock is throbbing when he’s turned on, it’s warm and swollen when they’re at it…but the clit is distracting attention from it and he hates that. And then when he comes, he can supposedly feel the head swelling and his balls tightening? Not to be TMI here but I’ve come a fair few times as a trans guy and I had no idea what was happening there. I was just…confused. Really very confused. For a piece that clearly did its work about other aspects of trans men’s bodies, it felt like a rather obvious clanger was dropped when it came to—as the story puts it—girlparts.

The trouble is that it’s so short, it takes up a good chunk of the story. The good news is that otherwise it’s a short, sweet piece that isn’t trying to be more than a slice of life homecoming shag.

This was a very short story. And I do mean short, since it’s literally 7 pages. It can be read in a few minutes, but I got the feeling it has a lot of information for such a short story.
We know who the main character is, we know how his family doesn’t really understand who he is, and we know how much Zach loves him.
For a one shot, and a mainly erotic one, this packs a punch. I liked it, I liked the voice, I liked how the main character knows himself so well. But I would have loved to know more. More about the main character, more about Zach, more about their relationship.
Still, it’s a nice short story with a trans main character who knows who he is and who has found his someone. I’d say give this one a shot.