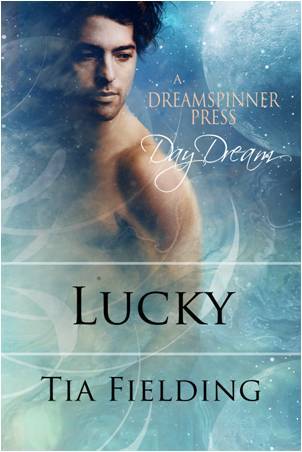 Sloane would’ve given anything to have been born with the right body, but he hadn’t. He’d have given anything to have his family back, but his father insisted that until Sloane was ready to become his heterosexual daughter again, he wanted nothing to do with him. So Sloane dealt with the challenges of living transgendered as best he could. Luckily, his best friend Jace was there with him every step of the way. Jace is the best man Sloane has ever met, but Jace is gay and Sloane still doesn’t have the right parts – until Jace proves that he loves Sloane just the way he is.

This is a very short story that, for me, fell very flat.

It’s so short that there’s not really a plot beyond Sloane is in love with his best friend Jace, Jace admits he feels the same, and they have sex. That’s basically it.

And I’m not gonna lie, I felt pretty uncomfortable the whole way through. The language is very dated now—transgendered being a really obvious example—and the way the narrative treats the past is…

See, I’m a bit of an outlier in current trans discourse in that I tend to refer to myself as a girl when I’m talking about historical events. I was a daddy’s girl, I was a bridesmaid, etc. The narrative in this book does the same thing. There’s references to “girl Sloane” and him having been Jace’s “best girlfriend.” But I am not typical of trans people in this regard, and this book isn’t written with enough depth, fluidity and skill to interpret it as individual experience. It feels instead like…well, like a bad approach.

There’s also a lot of emphasis on Sloane not understanding that Jace loves him even though he hasn’t got a cock and “isn’t fully male.” And yeah, that internalised transphobia is a definite part of many people’s experiences. But I’m honestly just tired of this. I’m tired of our rep having to be persuaded we can be loveable and sexy.

(Oh and speaking of sexy, it wasn’t. The writing is too rigid and too busy with awkward exposition to feel anything.)

For me, this story just fell really flat and felt more like an attempt at earning cookies than a sincere, genuine wish to portray a deep and interesting insight into a trans character’s life.

My first thought after finishing this story was a pretty descriptive one: “what the fuck did I just read?” It fell into so many terrible tropes that at some point I simply lost count.
The first scene is a memory/nightmare, that has the main character reviving a confrontation with his transphobic/homophobic family. And it was a BAD one. It also didn’t really make any sense? His father literally tells him he will pay for his studies and his housing but he needs to study far away so no one could associate him with them. He also told him unless he was going to be his heterosexual cis daughter, to no bother coming back. A d here’s the thing: transphobia and homophobia in families do happen, but we see them so many times in trans fiction it’s become another trope, and one I hate. And in this book? In this book, especially, it didn’t make any sense, and it had no impact into the rest of the book. It could have been easily left out, it should have been, in my opinion. It will just further the harm for trans people whose family hasn’t accepted them.
Then, and this is probably a small thing, but then we get the main character giving us his description by looking himself in a mirror. And to be honest that always feels like a cheap way out for me? And it’s not like this one had a first person point of view, a simple description would have worked.
We also have Sloane, the main character, saying more than once how much he loathes his body and how he thinks his best friend – whose name I’ve forgotten already – will never want him because he’s gay and of course he’s into cock. And I get it, these thoughts do happen, but they should be challenged within the text. And the only one who challenges them here is the cis best friend.
And that’s where we run into another of those tropes I loathe: the amazing cis guy. The one who tells the trans guy how amazing he is, the one the trans guy thinks he’s so lucky to have, because no one else would have someone like him, right? I wish you could see me rolling my eyes over here. I would have accepted this a bit more if the trans character had actually thought about what the cis guy was saying and mulled it over. But we never see that, his internalised transphobia is never challenged, and that really drove me up the wall.
As for the romance aspect, this is supposed to be a friends to lovers, but I don’t get it. I never got to see their interactions and their attraction to each other outside of bed. And even there, it all felt fabricated, and really not sensual or sexy.
So this one is definitely a no from me.